In its bold ‘Response to President Xi Jinping‘ of China, the New York Times editorial board takes a stand:

The Times has no intention of altering its coverage to meet the demands of any government — be it that [sic] of China, the United States or any other nation. Nor would any credible news organization. The Times has a long history of taking on the American government, from the publication of the Pentagon Papers to investigations of secret government eavesdropping.

But despite the Times‘ claims to the contrary, this, like most rules, must come with an American Exception. This is a brazen whitewashing of the very type of stories the New York Times is known for withholding to meet the demands of the United States government: secret government eavesdropping. As has been well documented, the Times sat on James Risen’s and Eric Lichtblau’s revelation that the Bush administration was illegally wiretapping American citizens without warrants for more than a year, publishing ‘Bush Lets U.S. Spy On Callers Without Courts’ on December 16, 2005. END_OF_DOCUMENT_TOKEN_TO_BE_REPLACED

Update, 11/3/14: Journalist Douglas Lucas was in the San Jose, CA, courtroom last week, and he reports that each of the defendants with felonies on their records had those dismissed, and each worked out a timeframe to pay the remainder of their owed restitution.

Though many declined, each defendant was given the opportunity to make a statement in court. Ethan Miles, who previously chose jail time over having a felony on his record, said in part:

It is because of my desire for transparency that I participated in the Internet activity that brings me here today. I believe that for a healthy democracy to exist, the public must be informed.

The full report at the Cryptosphere contains photos, more commentary on the day’s events, and more information about each defendant.

The PayPal 14 are activists charged under the Computer Fraud and Abuse Act for launching Distributed Denial of Service attacks against the websites of PayPal and other financial companies in retaliation for those companies’ extra-legal blockade of WikiLeaks upon the publication of secret documents exposing US atrocities, revealed by US Army private Chelsea Manning. Back in 2010, a PayPal representative said that on November 27, 2010, the US State Department sent the online commerce service a letter informing them that WikiLeaks was engaging in “illegal” activities, and PayPal consequently blocked funds to the publisher. Believing this was clear censorship, the PayPal 14 struck back. END_OF_DOCUMENT_TOKEN_TO_BE_REPLACED 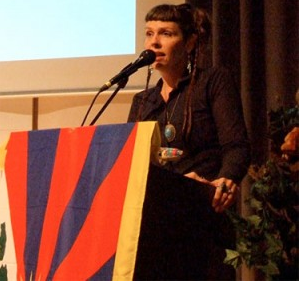 [First posted for the Bradley Manning Support Network on May 17, 2012.]

U.S. District Judge Katherine Forrest delivered an important victory for civil liberties with an injunction late Wednesday prohibiting enforcement of Section 1021 of the National Defense Authorization Act. Noted supporters of PFC Bradley Manning were among those given standing to proceed, on the grounds that the vague language in Section 1021′s provision allowing for indefinite military detention curtails their free speech and due process rights.

Birgitta Jonsdottir — a member of the Icelandic Parliament who helped produce the “Collateral Murder” video allegedly released by PFC Manning — expressed concern in her affidavit that her work in support of WikiLeaks and Bradley Manning could endanger her future Constitutionally protected endeavors.

“[Jonsdottir] stated that Manning allegedly leaked the footage that formed the basis for the video “Collateral Murder.”  She has received a subpoena for her Twitter and other social media accounts for materials relating to Julian Assange and Bradley Manning. Jonsdottir stated that due to that subpoena, and now in addition due to the passage of § 1021, she is fearful of travelling to the U.S.”

In a prior hearing, government lawyers representing the defendants (the most prominent being President Obama and Defense Secretary Leon Pannetta) had refused to offer the judge a single example of “what it means to substantially support associated forces” of terrorism. In Wednesday’s ruling, Judge Forrest affirmed that Jonsdottir had a legitimate reason to be concerned over the government’s refusal to explicitly exclude her work from the provision’s scope:

“Failure to be able to make such a representation… requires the court to assume that, in fact, the government takes the position that a wide swath of expressive and associational conduct is in fact encompassed by 1021.”

Government agents have already actively targeted supporters of Bradley Manning, such as Support Network co-founder David House.  House recently secured standing in a separate lawsuit against the Department of Homeland Security due to a politically motivated search and seizure of his laptop and other electronic equipment.

Given the U.S. government’s Twitter subpoena and harsh treatment of other supporters of PFC Manning, Jonsdottir has already been forced to curtail her freedom of speech. She has had to decline invitations to speak in the United States out of concern that she could be held indefinitely if the government chose to interpret the provision against her.

However, Jonsdottir is inspired by Judge Forrest’s injunction.  Speaking to a representative of the Bradley Manning Support Network this morning, she added:

“Those who criticize their government should never be made to fear the prospect of life in prison.  And yet, a judge has just agreed that I have a legitimate reason to be concerned for doing nothing more than helping Bradley Manning to expose the unjust killing of civilians and journalists.”

Jonsdottir is referring to the Collateral Murder video Bradley allegedly released to WikiLeaks, which shows U.S. Apache soldiers gunning down Reuters journalists and Iraqi civilians coming to aid the wounded. Spc. Ethan McCord, who can be seen in the video carrying a wounded child to safety, has stated that this video “belongs in the public record.” For allegedly exposing this video and classified cables documenting other war crimes and governmental abuse, Bradley faces trial and a potential life sentence for “aiding the enemy,” instead of being rewarded for aiding the public.

Government prosecutors have been utilizing a similarly broad, flawed, and dangerous interpretation of the “aiding the enemy” charge in Bradley’s case.  They have conceded that Bradley’s intentions were “pure” and they refuse to discuss any evidence of actual harm to national security caused by WikiLeaks — because there isn’t any.  Vice President Biden long ago confirmed that fact. As the ACLU has noted, government prosecutors have gone way too far in their interpretation of the law. If they succeed in their retaliation against Bradley, they will have established an alarming precedent: that any soldier risks life in prison any time they speak to the press, because even a harmless, unintentional revelation of restricted information could be interpreted as aiding terrorism.

But this NDAA injunction is a step toward progress. It is heartening that Judge Forrest agrees that open-ended threats must not be used to suppress our First Amendment right to speak out — especially those who are supporting whistle-blowers like Bradley Manning.

Bradley Manning is scheduled to resume a series of pre-trial hearings at Fort Meade from June 6 – 8.

As the Washington Post and Democracy Now report, diplomatic cables recently released by WikiLeaks reveal the United States attempted to dissuade the Afghanistan government from ratifying the Convention on Cluster Munitions. Afghanistan joined at least 61 other countries (though one cable puts the number at 93) in vowing to “destroy their stockpiles and clear the munitions remnants from their territory.”

Cluster bombs are especially heinous because they release many smaller explosives and disperse over such a vast area, they “cannot distinguish between military targets and civilians.” Often some of the smaller munitions fail to detonate, becoming inadvertent landmines.

As this cable details, the United States has not signed the treaty because it believes “cluster munitions continue to have military utility.” Furthermore, the U.S. argues that article 21 of the convention allows for signatories to “continue to cooperate and conduct operations with U.S. forces, and in turn for U.S. forces to store, transfer, and use U.S. cluster munitions in the territory of a State Party,” effectively circumventing the convention entirely. The U.S. continues, suggesting that a “low-profile approach will be the best way to ensure a common understanding that the CCM does not impede military planning and operations between our two governments.”

According to United Press International, near the start of the Libyan war, the United Nations claimed that the use of cluster bombs and other indiscriminate weapons could amount to war crimes.

Al Jazeera has replaced its Director after the release of a WikiLeaked cable that indicates he modified coverage of the Iraq War in response to pressure from the United States.