TV critics are open to the idea that a web series could be the best show around. They’ve just picked the wrong one. According to Metacritic, critics’ favorite new show this fall is Amazon Video’s Transparent (admittedly a brilliant title), a show about Mort Pfefferman’s announcement to his adult children that he’s actually Maura, a woman. I must be missing something, but I don’t see … END_OF_DOCUMENT_TOKEN_TO_BE_REPLACED

Fandor’s Michael Atkinson lays out the ways in which even normally perceptive critics have been stupefied by Jean-Luc Godard’s latest film, Goodbye to Language, forgetting that narratively unconventional doesn’t mean incomprehensible and walking on critical eggshells as they warn viewers that they might have to do a little brain-work instead of watching passively. Lou Lumenick, who writes of Godard’s “private language only film critics and Upper West Side audiences pretend to understand at this point,” is the least subtle of these, but writing for the New York Post, he’s also the easiest fish in the barrel to shoot. Atkinson thankfully aims his sights a little higher.

The New York Times‘ A.O. Scott, no slouch generally, windily maintains that Godard “seems to divide the world into skeptics and worshipers, with not much middle ground,” hardly bothering to make a case as to what a middle ground would look like, or why the “skeptics” (as if Godard is a conspiracy theorist) are simply moviegoers that do not or will not consider anything out of the structural mainstream.

The routinely astute Andrew O’Hehir, at Salon, even seemed at a loss, writing what he said might be a “reader-proof” review of what might be a “viewer-proof” movie—gingerly saying that you “have to cast aside preconceptions about movies being entertaining, or at least about what you think that means, in order to enjoy Goodbye to Language, and that’s not possible for everybody.”

I could add to the critique. Atkinson says Eric Kohn “gets” Godard but his review also calls it “baffling,” “esoteric,” and “dense.” The always thoughtful Bilge Ebiri opens a positive review, “I’ve now seen Jean-Luc Godard’s latest film twice, and I think I might be one more viewing away from finally being able to say what the hell it’s about.”

It’s actually not very difficult to enjoy, and it’s not as purely cerebral as even its advocates make it seem, by which I mean it’s also viscerally fun and fascinating and challenging and worthwhile. END_OF_DOCUMENT_TOKEN_TO_BE_REPLACED

Vivian Maier’s street photography is worthy of a Museum of Modern Art installation — whether she’d have wanted it displayed there is another question. Maier was a nanny for decades, all the while creating fantastic photographs, shooting from her waist-level Roliflex as she escorted children around Chicago. Collector John Maloof stumbled upon a trove of her stunningly reflective, beautifully composed negatives of city characters at an auction after her death, and subsequently applauded himself for Finding Vivian Maier in a documentary that hit U.S. theaters in March.

It was a treat to see Maier’s black and white perspective on the big screen — her candid shots are evocative, varied, and fresh, reminiscent of Leon Levinstein or Robert Frank, and still breathing more than fifty years later. She had a keen eye for poignant moments and lively characters, but she also took penetrating self-portraits and more abstract street shots.

But it quickly became clear that Maloof was more interested in painting Maier as an oddball than in understanding her ostensible contradictions, and worse, in pathologizing her double life to cast aspersions on her motives. “Why would a nanny be taking all these pictures?” he asks, as if the two are somehow mutually exclusive. He might have asked about Wallace Stevens, ‘Why would an insurance agent be writing all these poems?’ Maloof implies a romanticized ideal of the artist without any real-world evidence that giving up her day job would’ve made Maier a better photographer. As it was, Maier supervised children for so many years and still managed to take hundreds of thousands of top-notch stills. END_OF_DOCUMENT_TOKEN_TO_BE_REPLACED

Beck has learned to say goodbye, he’s endured i-so-la-tion, someone or he himself remains unforgiven. He may have dropped the “u” for the title, but in his Morning Phase, Beck is grieving. He’s also slowly resigning himself to the consistency of change, and his new album is gorgeous and sad and comforting all at once.

Morning, sunrise, and “waking light” all herald CHANGE in big — if fuzzy — letters. Something is new. She is gone. The bed is bigger and colder and your arms feel weirdly long when you don’t need them to wrap someone else closer. END_OF_DOCUMENT_TOKEN_TO_BE_REPLACED

On May 24, 2013, I reviewed Alex Gibney’s WikiLeaks/Bradley Manning film ‘We Steal Secrets,’ focusing on its portrayal of Pfc. Bradley Manning. Read that review here. Alex Gibney wrote me a letter in response, reprinted in full below:

I read your recent review of “We Steal Secrets: the Story of WikiLeaks.”

I have great respect for the work that you have done and continue to do on behalf of Bradley Manning.  With that in mind, let me express my disagreement with a number of your assertions about my film.  I do not expect you to share my views, but I would hope that you hear them. END_OF_DOCUMENT_TOKEN_TO_BE_REPLACED

While I find fault with this view, and even its premise that WikiLeaks has failed and died (the site continues to publish Stratfor emails and Kissinger files, it just won an important Icelandic victory to resume accepting donations through Visa interlocutors, and the Freedom of the Press foundation continues to funnel anonymous contributions its way), I’d rather let others dissect its portrayal of Assange and WikiLeaks and instead focus on how it characterizes Bradley Manning. (Read WikiLeaks’ annotated copy of the film’s script here.)

Earlier this year, we took issue with some of director Alex Gibney’s comments associating whistleblowing with alienation, pathologizing Manning’s leaks and undermining his political values. Producer Sam Black emailed to assure us that, in fact, Bradley Manning is “a hero in the film. He is the moral and emotional center of a complex story about what should and should not be secret.”

Though the movie does laudably transition away from its opening focus on Julian Assange by reminding viewers that Manning is the courageous whistleblower who deserves at least as much public attention, Manning’s story only makes it into about a quarter of the two-hour film, which quotes journalists, former WikiLeaks members, high-ranking government officials, and fellow soldiers.

The time that is spent on Manning leaves much to be desired, and what it leaves out is as much to blame as what it includes. Ultimately, the resulting portrait of Bradley Manning is one of pity more than empathy, one that makes us feel bad for Manning rather than take a serious interest in his beliefs and his plight. END_OF_DOCUMENT_TOKEN_TO_BE_REPLACED

Ten of my favorite albums from 2012, mostly for posterity, in no particular order — check here for links to a playlist and a favorite song from each album END_OF_DOCUMENT_TOKEN_TO_BE_REPLACED 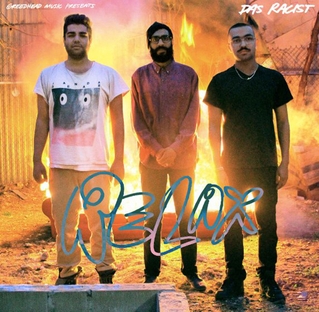 Posting for posterity: the 2011 albums I’ll want to remember — each album name links to a favorite song from that record END_OF_DOCUMENT_TOKEN_TO_BE_REPLACED